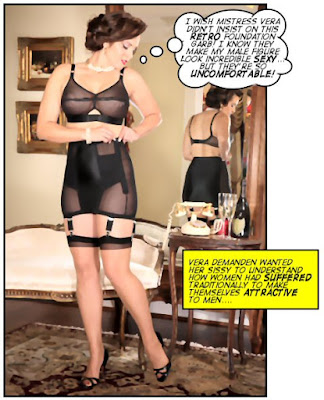 Yesterday, I had another thrilling hypno-session with Mistress Lola, in which she guided me through a long-held fantasy--buying my first bra as a pre-teen boy.

Posted by Pretty Sissy Dani at 10:41 AM No comments: Links to this post 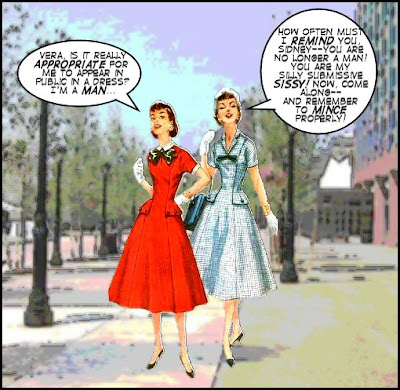 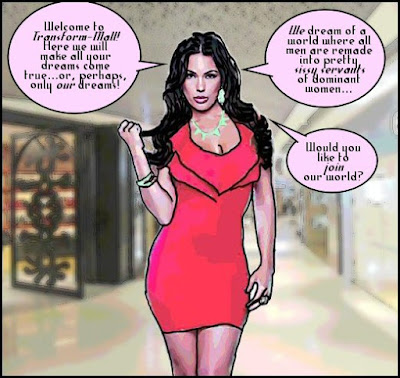 ...when I was younger, despite being sure I wasn’t the only one like me, I couldn’t imagine anyone else in my life wearing what I dreamed of wearing. I couldn’t form the words to describe who I as, or why I liked to wear what I liked to wear. It was too complex and too simple at the same time. People generally don’t have to explain why they like pizza or going on a bike ride because… well, why would they need to? My thinking was (and to a certain extent still is) why do I need to explain why I wanted to wear a cute pair of panties instead of boring, ugly, and uncomfortable boxer shorts?

I was never confused about who I was. But growing up I wanted to know WHAT I was. I didn’t feel like a boy. I didn’t want to be a girl. The world changed in fifth grade when a friend said the word CROSSDRESSER. I asked what that meant and she simply said it was a boy that liked to wear girls clothes.

These days if the topic came up, I would identify as transgender… but that still requires a lot of qualifying. Yes, I am trans, but here’s what that means and what that doesn’t mean to me. I like having a word such as this that everyone has heard and most people have a little familiarity of, but since this word can mean something different to every non-binary person out there, it almost always still requires a lengthy talk.

For myself, I use the term crossdresser. I have no interest in being a physical female; I'm not even particularly enamored of dressing in female clothes full-time. I like having a dual identity, as it were (makes me feel like a superhero, sort of).

Strangeness on a Train, Part One

First week
Lola Venus stood at the platform waiting for her train, dressed in a short, tight red dress that left little to the imagination, and thigh-high black leather boots. As she waited, she reached into her handbag and rummaged around the large number of dollar notes that her client had happily given her for the hour of blissful sissy fun she had allowed him, looking for her compact. She found it next to the earrings that the client’s highly satisfied wife had generously donated to her, and pulled it out so she could adjust her makeup. Fixing her lipstick, she put the compact back in her bag as the train pulled into the station right on time, just as she’d expected. Once it had arrived a few minutes late and she’d missed her later connection, but she’d had a word with the train company and that had put an end to that nonsense.

Lola hopped on board and made her way to a window seat, making sure she was sat by herself. Just as the train was pulling out of the station, her phone began to ring. Oh yes, one of her clients had arranged for a phone session today. Lola sighed - she’d hoped she’d have chance to rest before using her particular skill set again. But she’d had her eye on a particularly expensive dress, and couldn’t afford to put off another session. Plus, there was plenty of time before her stop, and it would be more fun than trying to choose which selfies to post on her Instagram.

“Hello?” she answered the phone, pretending as if she didn’t know who was ringing her.

“Um, hello Mistress,” said the scared but excited voice at the other end. “I’m uh, I’m calling for the trance session we arranged.”

“Oh? And which of my darling little sweeties am I speaking to?” Naturally she knew exactly who it was, but it was always fun to make them admit it.

"Now, darling, I want you to just drift in blissful trance, repeating your special word--nice, nice, nice--while I hang up. You will remain in trance for 15 minutes, and then wake up, happy, relaxed, and still my sweet obedient puppet." With that, Lola ended the phone call. She glanced around the train...no one seemed to have heard the call or noticed anything unusual about it. Luckily the train was rather empty around this time of day.

Oh, dear, I've accidentally ensnared someone in my web. She smiled. Still, he must be naturally very submissive to have fallen into a trance that wasn't directed at him. She moved into the seat beside him and took out her phone again, snapping a picture of the entranced young man for future use. 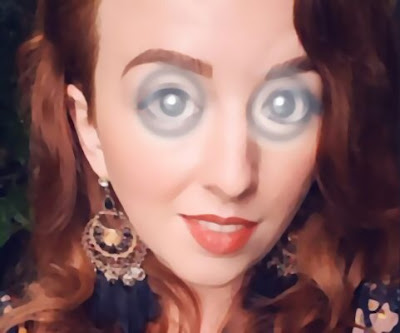 "Look at me, little puppet" she said. He turned his glassy stare to her. "Look deep into my eyes...ignore the order to awaken...but fall deeper into trance and tell me your name."

"Daniel, without looking away from my eyes, continue to answer my questions. Have you ever been hypnotized before?"

"Hypnotized? Is that what I am?" he asked. "Feels good...I've thought about it before."

"Really? Why is that?" Lola continued.

"Are you aroused now?" Lola asked.

"Let me see," Lola said, and reached to undo his fly. She reached inside and found two surprises--his cock was quite hard...and it was covered in a pretty pair of pink panties! "Yes, you are quite excited, aren't you? Do you always wear such sexy, pretty undies?"

"A sissy?" he asked, bewildered.

"Yes, a sissy--a submissive little boy who likes to wear girly things. That's what you are, aren't you?" Lola explained.

"Good Girl! And from now on, whenever I call you Good Girl, you will feel very submissive, very girlish, very soft and feminine--just as you want to be. Do you understand?"

"Good Girl! Do you take this train every day?" she asked.

"No, Mistress, only on Wednesdays," he said.

"I see...well, next week, when you take this train, you will be in a nicely femme outfit. Nothing obvious, just something that makes you look a little effeminate. I'm sure you have an idea of what that should be," Lola ordered. "You should also be hairless below your eyebrows, and have on a nice pair of panties--oh, and a bra. You will look for me and sit next to me, prepared to once more fall into trance."

"And your name when with me is Dani," Lola advised.

"Yes, Mistress, I am Dani," the mesmerized man replied.

"Good Girl! Now, my station is coming up," Lola said. "Once I have exited, you will awaken from trance, totally unaware of having been hypnotized, but prepared to follow all my instructions. Is that clear?"

"Good Girl! Well, I will see you in a week, Dani!" Lola rose and stepped out onto the station platform.

As soon as the doors closed, Daniel awoke from trance. As he did, he noticed his open fly. How did that happen? He blushed, realizing his pretty panties were in full view. But somehow, that didn't bother him. I must remember to find a suitable outfit for next week's travel.... 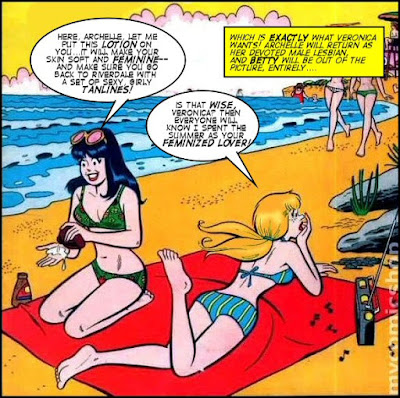