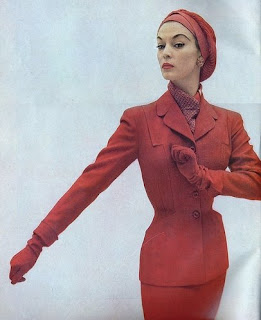 It was probably the strangest case Scott James had ever had as a hypnotherapist. He was hired by the matriarch of a wealthy family, Ms. Vera Demanden, to treat all the men in her family. Now, Ms. Demanden had a reputation in town as a bit of an eccentric--she required her husband, Madison, to take her last name when they married 20 years ago, for instance. She homeschooled their sons Harry and Stuart long before that was fashionable. She was noted for a severe, if attractive, style of dress and an imperious attitude toward all men.

But the pay was phenomenally good, far more than Scott had ever been paid for a private session before. And it was only one session...and it had a strange proviso: Ms. Demanden insisted that Scott give her the trigger words he used in the session...and to make sure they would work for her. Not strictly unethical--she was paying for the session, after all--but weird.

The whole thing with the three Demanden men took only a single afternoon...and Ms. Demanden handed him a check for a huge amount as he left the mansion on the outskirts of town. Her female mechanic was even waiting by his car when he left to head back to the city.

He never made it. Five miles out, his brakes failed and he plowed into a cliff. As she heard the police report of the crash, Vera Demanden opened her computer and stopped payment on the check. She then went into the living room, where the three men sat waiting for her.

"Sink deeper," she said...and all three returned to trance. "Very good." As she placed a set of headphones on each of them, she continued, "Pay attention and follow instructions...you are in deep in trance and must obey...."

"Must obey," each of them murmured.

Vera pressed a different button on the stereo for each set of headphones, and the new lives of her family began.

You have until September 30 to respond to the survey at the right (details here).
Posted by Pretty Sissy Dani at 7:40 AM