Another office/school outfit, but with a bit of a twist by adding the rakish hat. 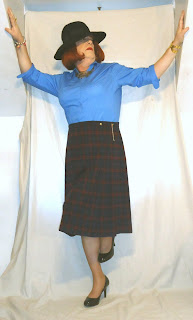 The skirt is by Cape Cod Sportswear, a thrift shop find in February 2012; the blouse is part of the Lee Rider line, acquired at Wal-Mart in January 2010; the shoes are Fioni "Loveit" black patent pumps from Payless in May 2011. Other accessories are the hat (obviously), gold jewelry, and dark hose. 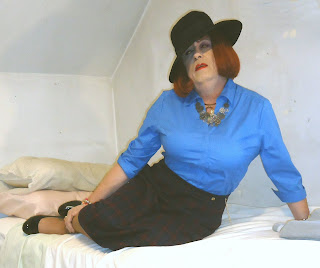 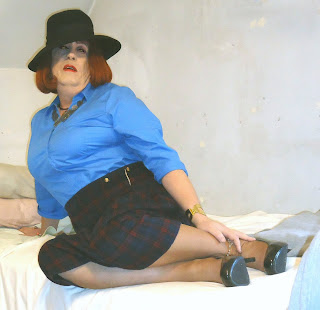 Both portraits were interesting enough that I posted them: 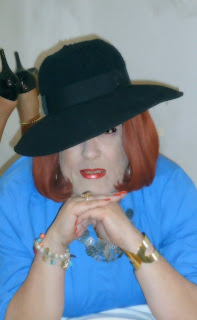 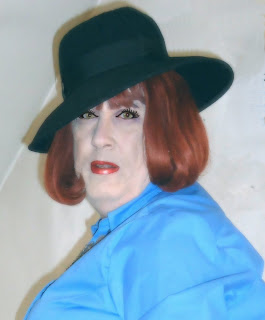 More pics on Flickr; I will be dressing next week, though exactly when is unclear; and don't forget to vote in the poll (details here)!