[I first wrote this story as a chance to use pictures of a long-time crush.

Timothy was decidedly not happy as he left the cab in front of his aunt's house. No, not my aunt, he thought. Not really. Aunt Lil, as everyone insisted he call her, was his stepmother's sister. His father had married Lil's sister, Mary, nine months ago...and the marriage had survived only six months. His father died in a plane crash three months ago.

Mary was either unprepared or unwilling to deal with a 15-year-old boy, so when Aunt Lil had offered to bring Timothy under her wing, Mary shipped him off within a week. 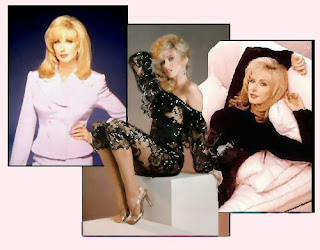 So here he was, in a new town, a new home...and living with someone he didn't even consider as family. On the other hand, Aunt Lil was an intriguing character. She was in her early 40s, but had the body and outlook of a woman ten years younger...and she dressed for the way she looked and felt.

She'd go out dancing in lacy, sequined pantsuits, visit the clubs in latex and leather. Even her business suits were tailored to show off her well-curved legs and firm breasts.

Now she stood in the doorway of her home, smiling in greeting to her new nephew. "Timothy, darling, how lovely to see you again!" she called. She eyed him up and down. "How marvelously slim and fit you look!" she commented, as she sensuously ran her hands down his sides.

That feeling passed, however, as he settled into his school life. He even made some friends--the three closest being Mark, Rob, and Carl. Together the quartet, called the Fantastic Four by their peers, gained a reputation for practical jokes and pranks at the local high school.

This reputation did not go unnoticed by Aunt Lil...in fact, it fit directly into her plans, plans that went unknown to Timothy until one fateful Friday evening.

Aunt Lil had left for a meeting. Timothy wandered around the empty house...and was surprised to find his aunt's private office unlocked. Gee, she must have been in a hurry! he thought. She never leaves this place open when she's not around! Even more surprising, Aunt Lil had left her computer on and running. Timothy sat down at her desk and decided to take a look at what his aunt was so secretive about.

But the moment he moved the mouse, the screen image changed...and sound began to come from the computer's speakers. Tim couldn't describe the image or the sound, but he knew they made him feel sleepy and restful. Within moments, he stared, half-lidded, at the monitor, completely entranced.

Welcome to your new life, Tiffany!

And Timothy sank even deeper into his trance, absorbing his new life's instructions.

"Here you are, darling." Aunt Lil's words and her soft touch on his shoulders woke Timothy from his mesmeric state.

"Calm down, darling," his aunt admonished him. "It's all right. I'm at fault for leaving the office open. Boyish curiousity simply got the better of you." She walked to a cabinet on the far wall. "Still, I'd have thought you'd be far more interested in these--" She flung open the cabinet doors--"you sexy thing!"

That trigger phrase, combined with the sight of the cabinet contents, filled Timothy's mind with the words that had been planted during his trance. The cabinet was filled with the sexiest of female clothing, all designed for the hot young teen: cropped tops, halter tops, extremely tight, short skirts, tight tiny shorts, shoes and sandals with four- and five-inch heels. 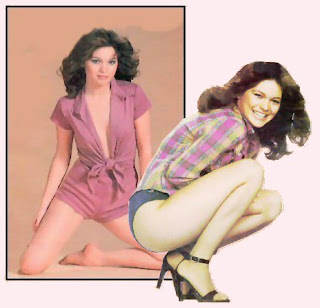 The desire, the passion in his eyes was obvious, and Aunt Lil smiled mischievously when she saw it. "Of course, you may try them on, Tiffany love. Be my guest."

In less than hour, it was if Timothy had never existed. In his place was the sensuous, teasing Tiffany. Her smooth bare legs looked sexy atop the spike heels as they rose up to the tight curves of her hips encased in the short-shorts. Her bare midriff exposed a cute navel below more-than-budding breasts.

Her face was carefully feminized with cosmetics, her hair softly curling to her shoulders.

The weekend continued in that vein, as Aunt Lil used the hypnotic control supplied by the software package she had bought to completely enthrall Tiffany.

But deep within, Timothy was still there--and increasingly concerned by the way he was reacting to his aunt's scheme. I ought to be horrified by all this, he found himself thinking, as he again changed into a revealing outfit for a trip to the mall. But I'm not! Instead, I'm excited--I can feel my cock straining against my panties, feel the need to be sexy and feminine at all times.

And it wasn't just the hypnotic suggestions, he knew. All of this had revealed something about himself.

The trip to the mall did little to make the hidden Timothy more
comfortable. He discovered that Tiffany was just as appealing to teen-aged boys as he feared she would be. Tiffany attracted attention throughout the shopping trip. And the worst happened when she and Aunt Lil ran into the other three members of the Fantastic Four.

"This is Timothy's sister, Tiffany," Aunt Lil explained. "Didn't he ever tell you boys about her? I suppose he was afraid...he's very protective of her!"

The three boys came on to and fawned over this sexy newcomer. Tiffany drank it all in as her due...and Timothy cringed that the transformation was so complete that even his closest friends didn't recognize him. Then came the worst.

"Tiffany, invite them to the party," his aunt suggested.

Party? What party? Timothy wondered. But, following those hypnotic triggers, Tiffany merely giggled and said, "Why, of course, Aunt Lil! We're having a little get-together tonight to get to know more of the kids in town," she told the boys. "Come over about eight!" 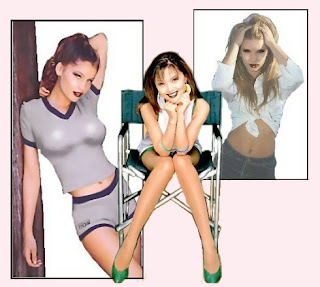 That evening, about half-an-hour before the boys were to arrive, Tiffany was again using Aunt Lil's computer. She was merely browsing around when she came across a program called "Transform-her". She opened it, and began to look at some of the files her aunt had already created.

She gasped. Here were images labeled "Marcie," "Roberta" and "Carol"--all sexy young things like herself...and all clearly feminized looks at his former comrades.

"Yes, you will be expected to assist in their transformations," said Aunt Lil. Tiffany looked up and saw her aunt framed in the office door. Behind her stood Mark, Rob's and Carl's mothers. "When I explained my plans for you to these lovely women, they agreed it was the perfect way to control their own rambunctious ones.

"You won't be the only one in a teen trance for long, Tiffany love."

Wonderful! I can't wait to read the next chapter.

Actually, I shouldn't have put "Part One" on this--there is no second chapter.

Good for people to know.